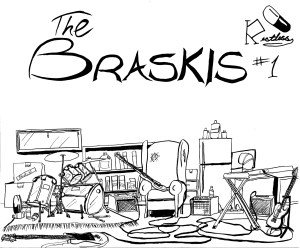 What was your first zine about and when was it made?
Well I’m relatively new to self-publishing, so my first self-published comic was in December of last year (2010). It wasn’t really anything, it was just a series of ink sketches. I’ll have a few copies at my table.
Describe your most recent zine.
My most recent project is a comic series called The Braskis. It’s about a band of four friends who formed a terrible punk band called The Braskis. They always end up fighting amongst them selves or some awful thing happens to them. 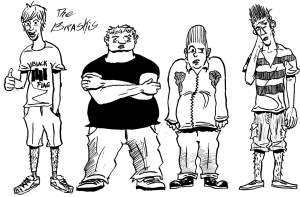 Name three of your influences and how they affected your work.
Levon Jihanian, Guy Davis and Brian Ralph. Levon taught and mentored me in the fine art of self-publishing and also showed me a ton of really cool artists. Guy Davis’ art really inspired me to use to keep my inking loose which really helped my art. Brian Ralph because he told me to get better at lettering and add more texture to my art…and was right…so I did.
What do you do when you’re not creating and how does it help or harm what you do artistically?
I pretty much go to school, play video games and go to concerts. That kind of it. School doesn’t really affect my approach to a project but videogames on the other hand, are the single leading cause of unfinished work! So I try and avoid videogames and go to as many concerts as possible. Concerts really inspire me, energy wise. 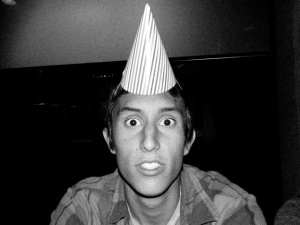